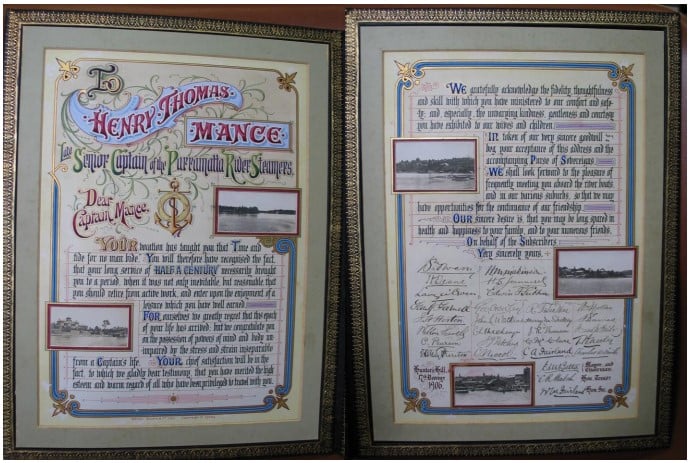 Ride with Capt. Harry Mance, back to a time, when steam powered ferries ruled the waters of Parramatta River - a talk by John Brock.

John Brock’s research has discovered many wonderful tales of ferry boat activity on the Parramatta River, along with some of the colourful water events, and the legendary characters who participated, with special reference to Captain Henry (known as Harry) Mance, who dedicated 50 years of service as the ‘Ferry Man of Parramatta River’.
Hear about his early involvement in the aftermath of one of Australia’s worst peacetime maritime tragedies, and how he was called up to take the crew of a USS warship for a river tour after he had retired.
Learn about the ships he captained and how he was adored and treasured by his many passengers.
As a special bonus for this ‘Heritage Festival’ event you will be able to view the illuminated address that Harry was presented with on his retirement in 1906, held in trust by the Parramatta & District Historical Society.