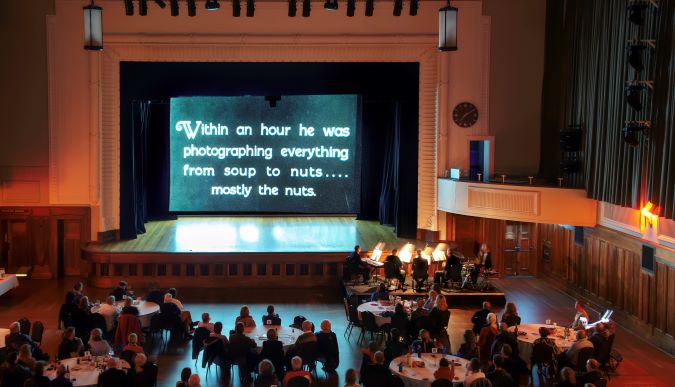 A live music and film experience at the Williamstown Town Hall, in the grand ballroom, with Buster Keaton's Spite Marriage.

Sounds of Silent presents Buster Keaton’s Spite Marriage, a music and film experience at the Williamstown Town Hall, in the grand ballroom, which opened in 1926.
Sounds of Silent is a five-piece band which recreates the silent movie experience of the 1920s and 30s performing live with a repertoire of fun, familiar and popular music in the style of the period.
The 1929 Buster Keaton film Spite Marriage tells the story of an unimpressive but well intending man who is given the chance to marry a popular actress, of whom he is a hopeless fan.
A fun evening for all ages, Sounds of Silent have performed all over Australia to sell-out audiences.
Seating at tables, bring your own drinks and refreshments