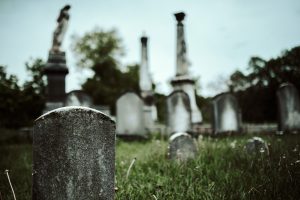 Guided tour of Rookwood Cemetery, including its most historic and captivating areas.

Visiting a cemetery as a leisure activity may seem a little bizarre, but Rookwood is remarkable for many reasons.

There is an estimated one million people buried or interred at Rookwood since 1868, and each one has a story to tell.

BYO vehicle – due to COVID-19, we cannot provide transport for guests in company vehicles. There is quite a bit of walking on the tour, so comfortable shoes are a must.