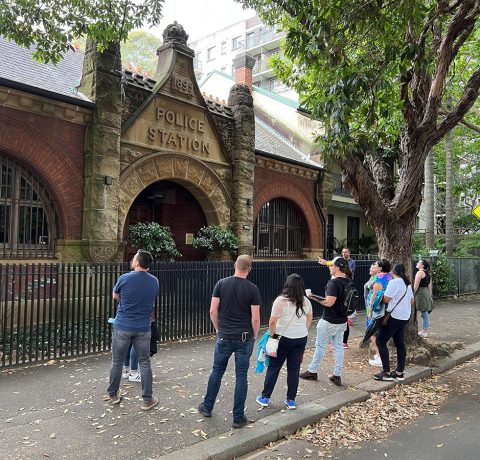 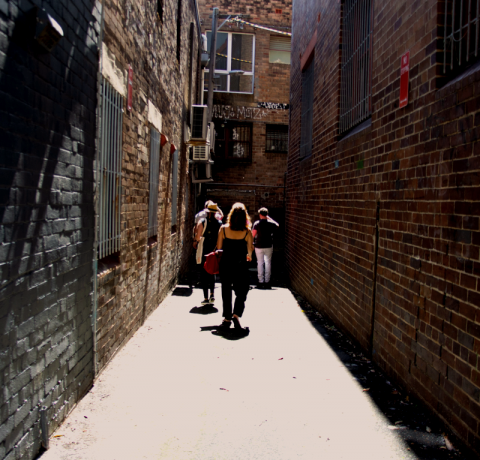 On this not-so-typical walking tour, you will meander through dark alleys and winding lanes, exploring the dark history of Sydney’s Surry Hills. You will investigate the ghastly crime scenes from between 1880 and 1945. This is Sydney's ultimate crime & punishment social history tour.

Before the cool cafes and trendy bars began to appear, the inner-city suburb of Surry Hills was known for sly grog, illegal gambling, prostitution and the drug trade. This walking tour is the ultimate crime and punishment social history experience where you will discover a history of Sydney that they would not teach you at school.

This tour will take you across the entire suburb of Surry Hills. You will learn about the suburb’s colourful history and unique architecture and discuss the factors that made Surry Hills Sydney’s centre of vice and crime for over 100 years.

Investigate a cold-case murder scene using actual crime scene evidence. Discover the stomping grounds of Sydney’s most feared gangs of the 1890s to 1960s. Discover Sydney’s colonial morgues and why beer and autopsies typically went hand in hand during our first one hundred years of settlement.

Each participant receives a complimentary copy of the Surry Hills Case Files with genuine police evidence and reports.

Meet at the entrance to Central Station on Chalmers Street that is positioned opposite Devonshire Street.