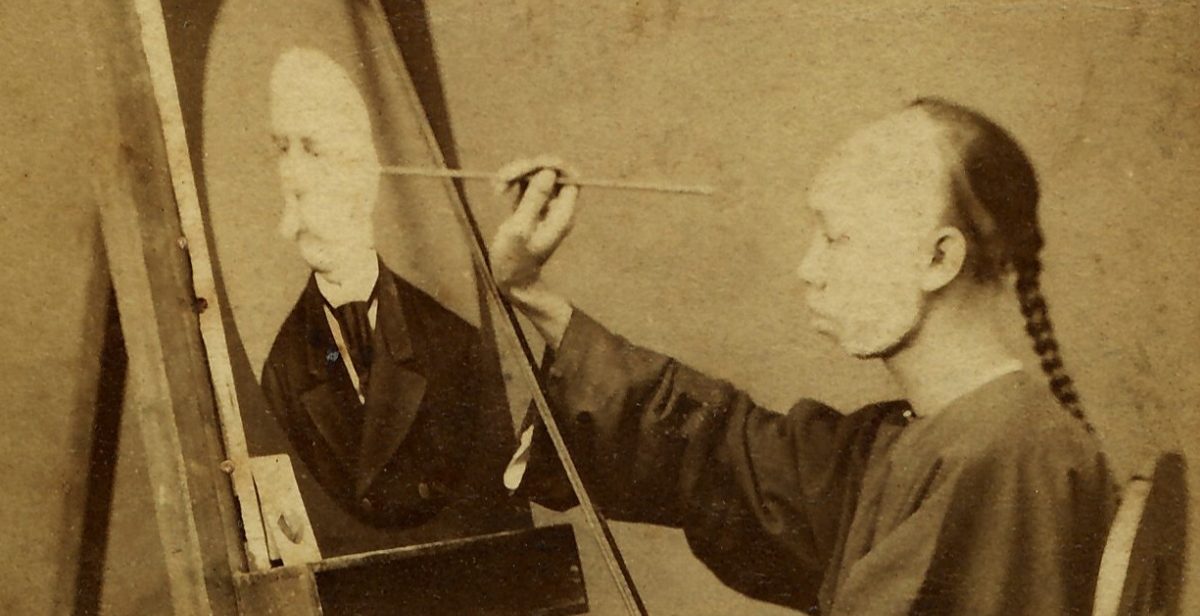 Enlarged up to Life SizeChinese Heritage Association of Australia

Enlarged up to Life Size

Come and hear the story of Ah Hing, a Cantonese polymath in 1880s Sydney who added a new dimension to the creation of life-size portraits from photographs.

From the late 1860s, some Sydney photographic studios sent their clients’ photographs to Singapore or Hong Kong for reproduction as full-size portraits; a few had the option of enlargements done in-house by Chinese artists. Ah Hing arrived in Sydney in 1877, prepared to turn his hand to anything to make his fortune. Having been raised in a wealthy Chungshan (Zhongshan) household, he had been taught to paint well enough to get work with the George Street studio of photographer Charles Kerry: the studio offered portraits “enlarged up to life size in Oil or Water colors to order.”

Ah Hing continued with this side-line for the next twenty years or more, in Sydney and Parramatta. In the early 20th Century, as Henry (Cheng) Fine Chong, he would become the ‘in-house’ painter for the Sydney branch of the Chinese Empire Reform Association. Several of his works remain in the hands of his great-grandchildren, and are the inspiration for this illustrated presentation.

This event will be presented in the newly refurbished Henry Carmichael Theatre on the first floor.