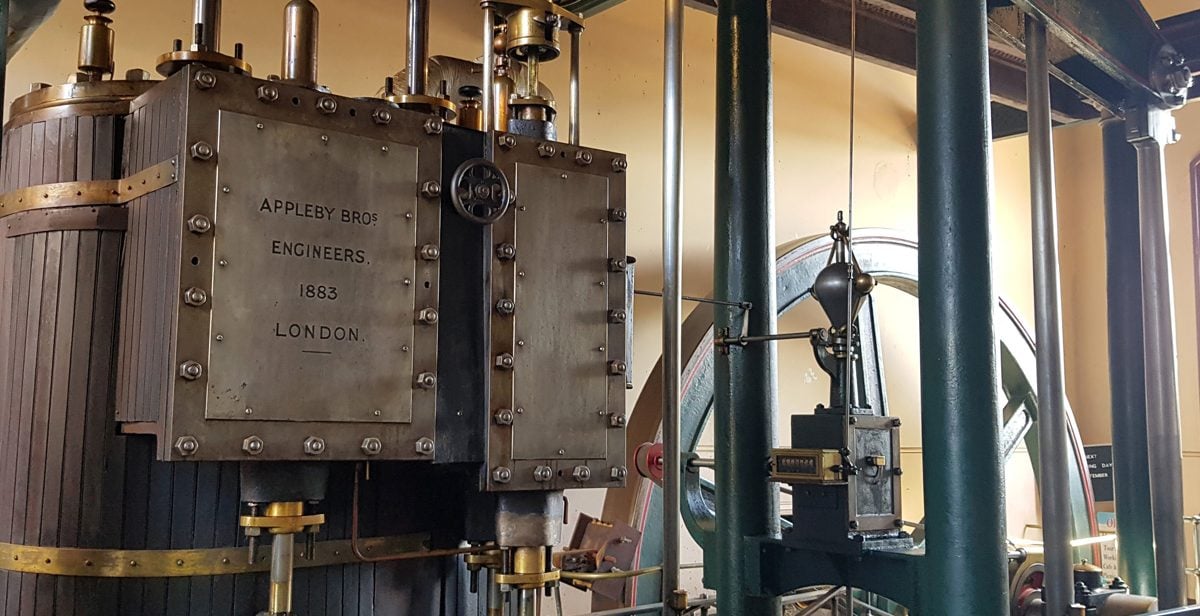 Curious about the age of steam?Goulburn Historic Waterworks

Curious about the age of steam?

Witness the majesty of two operational 1800s stationary steam engines housed in the historic, Victorian Georgian style, Waterworks Pumphouse. Set on the banks of the picturesque Wollondilly River offering a place to relax and have a picnic or BBQ while the kids enjoy the playground.

The Goulburn Historic Waterworks houses the original and still operational 1883 Appleby Bros steam beam engine; it is likely the only one of its kind left in the world and is representative of the final stages in the refinement of beam engine design having been built at the very end of the era.
Our second stationary steam engine the Hick, Hargreaves & Co, horizontal engine, while not original to the site, has been at the Waterworks since 1970 where it was restored to working order. We consider it one of the family.
The end of World War One heralded a new era for the Waterworks with the introduction of a new electric driven pumps (not operational) in 1918 – one of the first for a NSW Waterworks. If you’re curious about the industrial era, in a spectacular location, then a visit to the Goulburn Historic Waterworks is a must do experience!
Refreshments available on “steaming” days.

Next to the Gehl Garden Centre