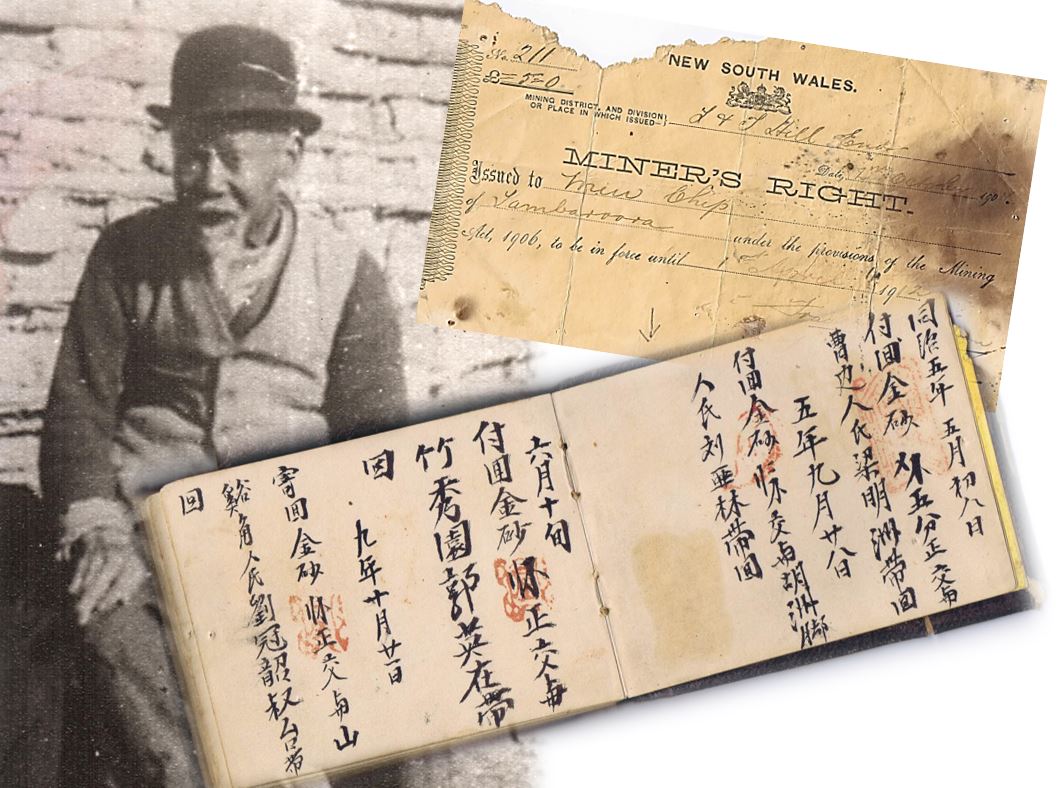 Presented by Dr Juanita Kwok.
His register is rare source of the names and villages of some of the Chinese population of the area and the remittance trade. A curiosity indeed!

Arriving in Tambaroora in 1865 at the age of 19, Bew Chip began life as a gold miner. Over a period of twenty-five years he sent gold back to China, initially gold-dust carried by returning countrymen and later gold sovereigns sent through Chinese firms with branches in Sydney and Shekki, near Canton. Bew Chip kept a record of his remittances in a little book, now in the Hill End National Parks and Wildlife Services collection. Bew Chip’s register is rare source of these transaction recording some of Tambaroora’s Chinese mining population, and on clan networks and early firms carrying on a remittance trade between Sydney, Hong Kong and China.

Join us in the historic gold town of Hill End for Dr Kwok’s presentation and a discussion of Bew Chip’s life and times with Ely Finch, historical linguist, who has translated and annotated the Register.

Weather permitting, there is an optional tour of some of the historic sites mentioned in the talk in the afternoon.

The Church on the Hill, on the corner of Thomas & Denison Streets, Hill End.