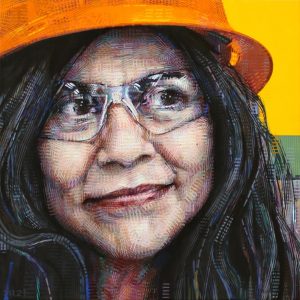 The Salon des Refusés is the S.H. Ervin Gallery’s ‘alternative’ selection from works entered into the annual Archibald and Wynne Prizes.

The Salon des Refusés was initiated by the S.H. Ervin Gallery in 1992 in response to the large number of works entered into the Archibald Prize which were not selected for display in the official exhibition.

The Archibald Prize is one of Australia’s most high profile and respected awards which attracts hundreds of entries each year and the S.H. Ervin Gallery’s ‘alternative’ selection has become a much anticipated feature of the Sydney scene.

Each year our panel is invited to go behind the scenes of the judging process for the annual Archibald Prize for portraiture and Wynne Prize for landscape painting and figure sculpture at the Art Gallery of New South Wales, to select an exhibition from the many hundreds of works entered in both prizes but not chosen for the official award exhibition.