The ‘Paris end’ of Collins Street

The eastern end of Collins Street, with its townhouses and exclusive shops, was one of Melbourne’s most distinctive places. By 1975 almost half of the older buildings were demolished; further losses were only halted by major campaigning. 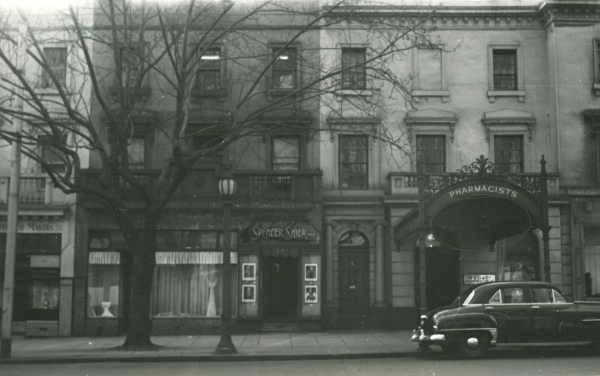 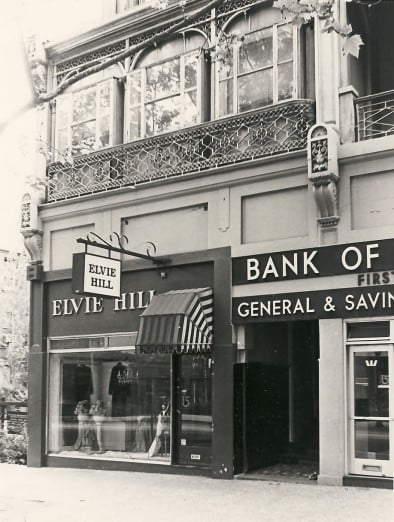 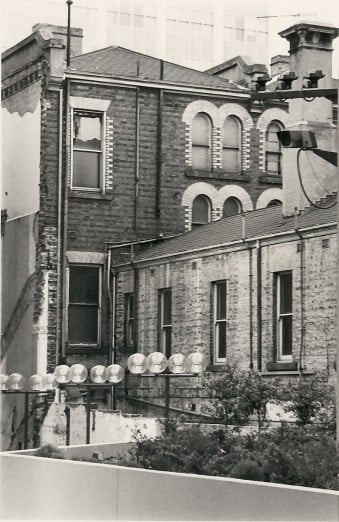 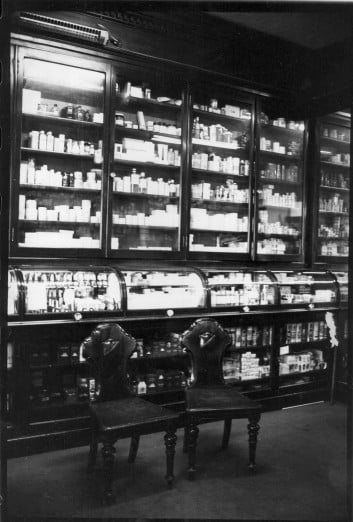 The 80 Collins Street address for Nauru House was created by demolishing two Regency style townhouses, part of a terrace built in 1855.

In the 1950s they had housed exclusive boutiques, clothiers and photographers. 82 Collins Street was demolished in 1960 for the modernist Palmer House. 78 Collins Street went in 1976, with Ogg’s Chemist at 76 Collins Street also demolished, but not without protest. Le Louvre, established at 74 Collins Street as an exclusive Parisian boutique, was a key site of the preservation battle. The owners, Lillian and Georgiana Wightman, were active and significant advocates for the heritage precinct and refused to sell to Nauru Phosphate Royalties Trust, thereby impeding complete destruction of the Collins Street façades. The rude ‘gap’ in Collins Street has remained ever since, but is now proposed to be infilled with an office tower as tall as Nauru House itself.

A major save for complete residential terraces at the ‘Paris end’.

The three storey terraces at 84–88 Collins Street were built in 1882 for use as residential and medical suites and survived intact with their servants’ wings and stables until the 1970s. In 1973, the third terrace (84 Collins Street) was demolished for the Nauru House development. In 1978 a vigorous battle to retain the stables at the rear of 88a Collins Street was fought, but lost, by the National Trust. From 1988 until 1991 proposals high rise development replacing the rear wings, or alternatively suspended over them, were successfully challenged by the National Trust and the City of Melbourne. Instead the facades were restored, exclusive shops installed and, in 2008, a modern pavilion was built on the stables site.

The development of a luxury hotel demands the demolition of a significant part of an important city block.

After the demolition of four buildings for the proposed hotel, the Melbourne City Council granted a demolition permit for three more on Collins Street, including a pair of 1850s houses, and more on Exhibition and Flinders Lane. Grave community concern for the ‘Paris end’ of Collins Street was raised in Melbourne and Sydney. Community activism stayed the process and it was not until 1982 that plans for the development of the site were conditionally approved, the agitation forcing a change from a planned spiral ramped podium into a far more sympathetic ‘infill’ façade. The Hyatt Hotel opened in 1986.