Growing dissent and protest in the 1970s

During the early part of the decade the demolition of historic Melbourne buildings continued unabated despite widespread community anger. 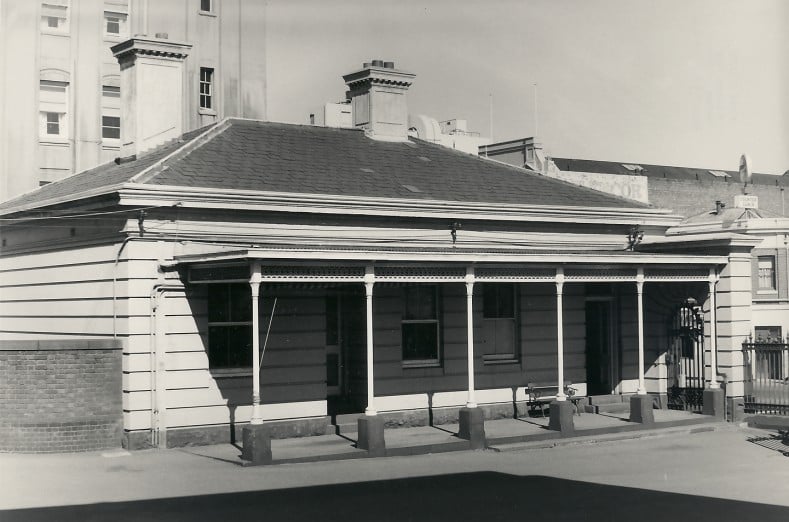 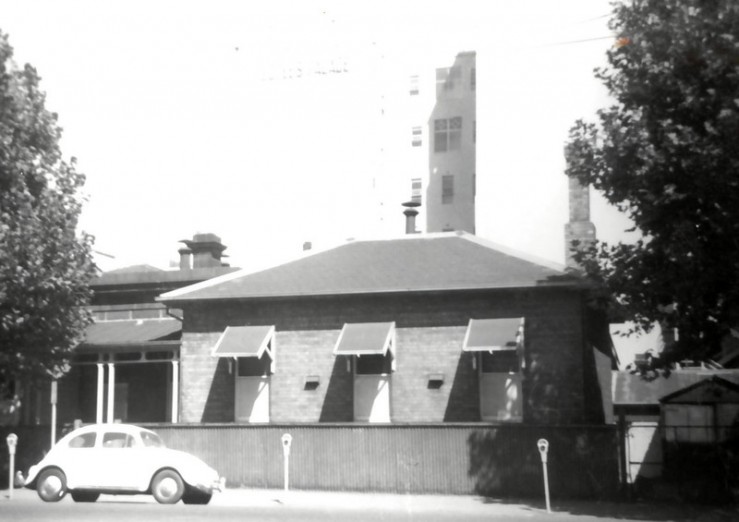 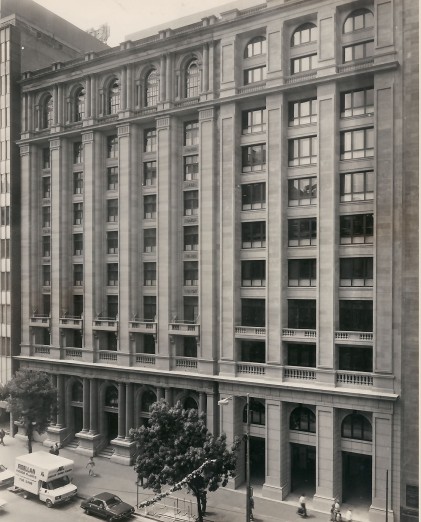 Australia’s only operational mint for 42 years.

After much agitation, in 1869 it was agreed that a branch of the UK Royal Mint would be established in Melbourne to produce gold coinage. Construction began at the corner of William and LaTrobe Streets in 1869 with plans designed by J.J. Clarke. The Mint opened in June 1872, although it did not receive responsibility for minting Australian coins until 1916. With the closure of the Sydney Mint in 1926, the Melbourne Mint became the only operational Mint in Australia. The Mint ceased operations in 1968. The Coin Halls behind the Melbourne Mint were demolished in 1970, leaving only the administration building and two gatehouses standing.

The public pickets to save a government building.

In 1854 fire destroyed the Government Store building, where the first hearing of the Supreme Court of Victoria was held in 1841, presided over by Judge John Walpole Willis. In 1858 a new bluestone building was constructed for the Colonial Storekeepers Department on the same south-west corner of King and Bourke Streets site. Public Works Department proposals in 1970 to redevelop the site were met with protest by young architects who picketed and occupied the building. Despite their protest, the building was demolished and in the late 1980s a tower was finally built on the site.

A special Preservation Committee is formed for the fight.

The grand bluestone Georgian style college was built behind St Patrick’s Cathedral, facing Cathedral Place, in 1878. Demolition was announced in 1969, in order to build Diocesian offices and improve views of the Cathedral. Opposition was so great that the National Trust formed a special Preservation Committee, with a protest meeting attended by 800 people and petitions signed by hundreds. Demolition went ahead in 1971, the only concession being that the new building was partly underground, and a single tower at the east end was retained.

A façade is kept and matched in style for a modern addition.

Opened in 1927, the grand classical lines of the building’s stone façade were based on the 1870s bank it had replaced. In 1976 the bank proposed to demolish the building and many around it, and replace it with a tower block. The National Trust and the Royal Victorian Institute of Architects joined forces to stop the development. The bank eventually decided to build a tower elsewhere and, in 1984, not only kept the building facade but extended it in almost matching style.